“My name is Solomon. I’m 26 years old, and my present city is called Bologna in Italy. I was brought up in a Christian family, but when I got admitted into College, my life style changed because of the friends I made there. I started chasing after girls, failing exams, and doing other bad things, so my parents decided to enroll me into another college. They were praying for me, because they knew I had a calling from God and the devil was trying to destroy it.

“My entire family later relocated to Italy where we are presently. We found a Christ believing church as we were praying, and I later became again the Church youth fellowship president. To cut the story short, I am currently one of the Deacons in our Church.” 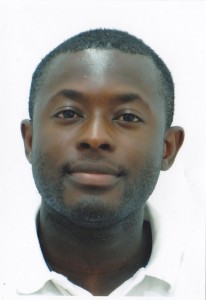 “I have seen the road I navigated through and how the grace of God was able to save me from eternal destruction through a sister. I can’t sit back and watch millions of souls perish in Bologna city and all over the land of Italy. I have been praying to God to provide me adequate training. Then I came across the site (CLI). I am fully convinced in my spirit  that with a Scholarship to CLI, I will go through training that will prepare me to win many souls in Bologna and Italy for the kingdom of Lord Jesus. Amen.”