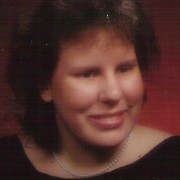 From Atheism to Wicca To Jesus Christ

My name is Elizabeth Hoff.

I grew in a Christian home. I grew up going to Sunday school. I sang in the children’s choir at our church (we used to travel around town performing in nursing homes and retirement communities).

I had a falling-out with the church after I left high school. I became an atheist when I was in college (my “angry student” years). A few years after I had graduated college, I had what one would term a “mystical experience” (Long story short … I had an encounter with an angel).

After this encounter, I was in a state of spiritual limbo. I couldn’t go back to being an atheist. At the same time, I couldn’t quite go back to my childhood church, either.

From there, I became a Unitarian-Universalist, an agnostic after 9/11 (at the time, I was haunted by the question, “Why would a loving God allow this to happen to his children?”), and a practicing Wiccan for several years.

As a practicing Wiccan, I cast spells and did rituals. I realize now that it was more-or-less an exercise in ego gratification on my part (“Look at me! I’m a powerful sorceress!”).

As time progressed, I began having doubts about my spiritual practice. I began asking questions — “How is it that these ancient gods and goddesses can communicate with me and I with them? I cannot speak their language. I don’t adhere to the ancient ways.”

I came to the conclusion that I was venerating man-made images. I sought to “pierce the veil” — to touch the Divine Presence that lay behind the images (the facade, if you will).

In 2010, I became a born-again Christian. I walked away from Wicca shortly after that (my behavior had simply become inappropriate). I threw away all the trappings of Wicca that I had collected over the years (my spell books, my collection of ancient Egyptian icons and statues, what-have-you … Gone).

I have studied the Bible for over ten years. I am seeking comprehensive ministerial training (up until this point, I have been primarily self-taught, acquiring bits and pieces of biblical knowledge here and there). I would like to teach, write, and evangelize.

In terms of my prayer life, I tend to be a contemplative. I pray the Divine Office every single day.

I don’t know what God has in store for me in terms of my ministry.The Holy Spirit has led me this far. Everything that I have done thus far I have done for Him.