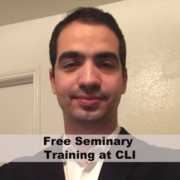 My name is Luis Perez, and I am receiving free seminary training at CLI. I am from Cuba, but I have been living in the United States since 2015. I was born in a communist country, ruled by a totalitarian dictatorship. My father was born before the Revolution of Fidel Castro. He became a member of the Baptist Church before the dictator started ruling. Before the putsch established the communist government, there was religious freedom in Cuba. So, there was no problem for Christians regarding practicing their religion.

Then everything changed for Christians. Bibles were banned, the police searched houses to seize religious literature, Christians were sent to forced labor camps, and even the celebration of Christmas was prohibited. The Revolution wanted to raise a new generation of young communist men and women that blindly followed the diabolic system.

My father taught me about the Christian faith since I have memory. However, I did not see the Bible until I was eight years old. The government had to yield to international pressure and allow the celebration of Christian festivities. So, the possibility of buying and having a Bible opened. When I got that Bible, for the first time in my life, my hunger was huge. I could not stop reading the words of our Lord and about the lives of the believers and heroes of the faith.

I grew up and studied Dentistry. Also, I met good brothers of the Assemblies of God in Cuba and started attending their church. Experiencing church life was exciting, and I matured in my relationship with God.

The USA and Free Seminary Training at CLI

Finally, I managed to come to the USA as a refugee. Now I plan to get free proper seminary training and serve Him. While I was in Cuba, I saw many non-Christian practices making their way into the church as well as false doctrines. After arriving in the USA, I saw a lot more of the same. Many church’s beliefs are not biblically supported. Many people go astray by the many doctrines and teachings that seek more to please the world than God.

I do not want to offend anybody by telling them that their beliefs are wrong. However, I do want to be qualified to introduce others to the teachings of the Bible in a proper way. Now. I am starting my studies with Christian Leaders Institute, and I am willing to learn everything as fast as I can. CLI is an excellent opportunity to get free seminary training when you cannot afford to study at a Christian University. There you have to pay per credit hour the money you make working a whole week. It is tough to survive the month on a tight budget. Thank you, CLI! 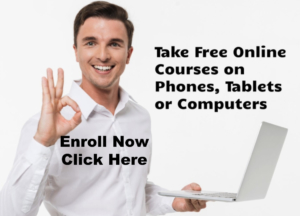