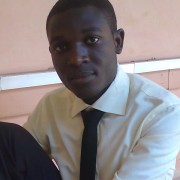 If you’re feeling called to be a pastor, there are thousands of voices around the world clamoring for your attention and your wallet. But what if you could attend a free international online bible school? What if the internet could bring everything you need to be trained up as a pastor or a leader in the church directly to your home? What if you didn’t have to relocate to a physical campus area and find thousands of dollars annually to pay high tuition costs?

What we are seeing today is that these questions are no longer hypothetical. The internet and other technologies have advanced to the point where what was unthinkable even 10 years ago is now an emerging reality. As time goes on, distance education and online learning have made it possible for people to receive training from colleges and universities around the world, no matter where they live physically.

Of course, there’s one problem for many people. It’s still not free. The cost may be lower than physically relocating and paying full tuition for a university or seminary, but the cost is still there. Many people in western culture may think of the cost as minimal enough to be negligible. However, the reality is that there are people all over the world who can’t afford even this marginal expense to complete the necessary training.

According to Wikipedia, the first distance learning program utilizing the internet as its primary media was developed in 1996 and named Jones International University. In the first decade, online study saw little growth, with only 8% of students studying at post-secondary schools being enrolled in online classes by 2004. However, by 2008 that number had grown to around 20%, and today more than a third of all post-secondary students are enrolled in at least one online course.

In the early stages of online education, Christian Leaders Institute founder and president Henry Reyenga received his calling to train leaders for Christ all over the world. As God connected him to the right people, he began to develop a free international online bible school. This bible school, named “Christian Leaders Institute,” launched it’s first courses with only six students. Over the next decade, President Henry Reyenga and a dedicated staff constantly tested and improved the CLI online learning model. In about 10 years, Christian Leaders Institute has grown to more than thousands of active graduates and graduates and over 30,000 applications processed in 2013.

Through that time the resolve was tested. Was it really the best option to not charge students anything for this training? Shouldn’t they be required to pay for ministry classes of this caliber? These are questions that came up often as Christian Leaders Institute grew. It was the dedication to the mission – to bring high quality pastoral training to those who couldn’t afford it – that is the reason that CLI still does not require students to pay for these classes.

Why a Free International Online Bible School and not a Missionary School?

For centuries now the church has been operating with a missionary model in foreign countries. Missionaries would go out and establish churches in countries that were not yet reached for Christ. In the middle east, missionary schools were founded as a means to connect to a native populace that was hostile toward Christianity. Schools were also used in countries like India, the Philippines, and other poor countries as a means to reach the local populace.

The concept of a mission school is fairly simple. First the organizer of the school project will seek to raise sufficient funds for the school to be built. Then a missionary team will be trained in the native language, or classes will be offered in English if the natives speak the language. After that, the team will be sent out the country to build the school, giving the people education while sharing the gospel with them at the same time.

Not only does this provide educational benefits for the native populaces of these countries, it also seems to accelerate church growth in the regions where such schools are implemented. Church meetings are often held in the same building as the schools. The parents of the children who are receiving their education – which of course includes information about the Bible, God, and the work of Jesus on the cross – will be brought to the church either by their children or by invitation of the missionaries. Once the first is brought in, more will follow.

So why not do the same thing for pastoral training? The concept could be the same. Raise money, send in a specialized team, and establish a local seminary building right in the area you want to go. You don’t need a traditional campus in the local area. Something large enough to hold a few students and books would be sufficient.

Yet, regardless of how we consider the implementation of a free international online bible school there is no way to reach more geographically diverse locations with greater speed or more financial efficiency than the internet. The internet is now present in most if not all countries in the world. While a local seminary can reach a fairly large local geographic area, the internet is not constrained by geographic locality. Each new area would require a new bible school to be built, which in turn would require more money to be raised and a new team to be trained and sent out. It is for these reasons that when all methods of implementation were considered, the internet stood out above all other possibilities.

The Focus on Ministry Training

Christian Leaders Institute recognizes that there are already many organizations that are sending and commissioning people with the goal of gaining new disciples for Christ. Our goal is not to compete with these people and organizations. Rather, we seek to find a specific group of people among indigenous disciples of Christ – those called to lead His people. We want to provide training for those who are called to be pastors and evangelists throughout the world so that they are better prepared to preach the word and instruct people in sound doctrine and in the living out of the Christian faith.

While some organizations in the past have tried to maintain western cultural control in the areas that they visit, Christian Leaders Institute wants to train leaders who are indigenous to the environment. We believe leaders who are native to the country where they serve God will be more effective than foreigners transplanted from other, often more wealthy, countries. This is why we seek to provide training in sound biblical doctrine and living a reproducible walk with God to people all over the world, and we are determined that there will never be mandatory cost associated with this training. By the Lord’s will we will remain a free international online bible school where many leaders of His church receive their training.