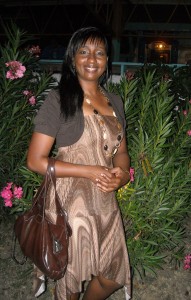 Sermon #1 in the Sermon Construction Class at CLI

Summary of the Author of the Book of Daniel

Daniel the author of the book of Daniel was one of the Major Profits in the Old Testament era. Daniel’s account was of a historical format. He was born in the 17th century BC and died about 6th Century BC in Bobylon.

Daniel in Hebrew is “Daniyyel” which means “God is my judge”. When Daniel was a young man, he was educated in Chaldean thoughts. However, he never converted to Neo-Bobylonian ways. Through “divine wisdom” from his God, Yeheweh, he interpreted dreams and visions of kings, thus becoming a prominent figure in the court of Bobylon.

When the lion’s den event occurred, Daniel was in his 80s. Through a life of hard work and obedience to God, he had risen through the political ranks as an administrator of this pagan kingdom. In fact, Daniel was so honest and hardworking that the government officials – who were jealous of him – couldn’t find anything to remove him from office. So they tried to use Daniel’s faith in God against him. Eventually he had apocalyptic vision of his own that have been interpreted as the Four Monarchies. Some of the most famous accounts of Daniel are: Shadrach, Meshach, and Abednego, The writing on the wall, and Daniel in the lions’ den. (web search www.christianity.about.com and en.wikipedia.org/wikidaniel.com)

Examining how a name takes on a character take for example the name of Jesus which means. It is written in the word of God that every knee shall bow and every tongue confess who is Lord … (Rom 14:11). Therefore a name is truly powerful.

The Hebrew names of these young men showed that they were worshippers of the true God, Jehovah! The following names were the Hebrew names given to the three Hebrew boys along with Daniel.

Daniel which means “God is my judge”

Hananiah which means “ Jehovah is gracious”

Mishael which means “who belong to God”

Daniel 4:8 reveals that king Nebuchadnezzer renamed these Hebrew after his gods! New name were given to these captive from Israel, not to just blend them into the Bobylonian court, but to change their allegiance from their God to the gods of Bobylon. And as we continue to read the story of Daniel we will notice that Daniel nor the three Hebrew boys were not affected by the name change because they remained faithful to their God and was rewarded for that faithfulness. Research from the web www.dedication.com

These are the name change as follows:

Daniel was changed to Belteshazzar with the first three letter of his name “ Bel” meaning “Marduk” Nebuchadnezzer favorite god.

Hananiah was changed to Shadrach which means “command of Aku” the moon god.

Mishael was changed to Meshach which means “who is like Aku” the moon god.

Azariah was changed to Abednego with the first four letters of his name meaning “servant” and the last four “nebo” instead of “nego” meaning “god of wisdom”.

True Attributes of a name:

Naming could be attributed to God originating through a divine birth announcement (Gen 17:19; Luke 1:13). Naming took place near birth in the Old Testament and on the eighth day accompanying circumcision in New Testament narrative (Luke 1:59; Luke 2:21).

The Bible concept of naming was rooted in the ancient worlds understanding that a name expressed essence.To know the name of a person was to the promise of God through character and nature. Revealing character and destiny, personal names might express hope for the child’s future (Congregation participation). Changing a name could occur at divine or human initiative, revealing a transformation in character or destiny (Gen 17:5; 17:15; 32:28, Matt 16:17-18).

The knowledge of a name implied a relationship between parties in which power to do harm or good was in force. That God knew Moses by name occasioned the granting of Moses’s request for divine presence (Ex 33:12). The act of naming implied power of the namer over the named, evidenced the naming of the animals in Gen 2:19-20 or Pharaoh’s renaming Joseph Gen 41:45, compare Daniel 1:6-7; 2 Kings 24:17.

Proper names consisting of one or more terms consciously chosen by namer conveyed a readily understandable meaning within the biblical world. Reflecting circumstances of the birth Rachel called “the child of her death”. (Ben-oni, “ son of my sorrow” (Gen 35:18)). Jacob was named “the supplanter” for he tool hold of Esau’s heel (Gen 25:26). Moses, “the stranger in a strange land” named his son Gershom (Ex 2:22). Research www.studylight.org

Picking the right name for a child is a parent’s job, but giving a child a name like Mercedes for example or Champaign tells a lot about the parent and the child. The best way to get a name that is God approved or will spiritual fits a child is to seek God’s approval on the name you have chosen for your child.

My research clearly indicates that a name takes on a character and expresses an essence. Look at some of the problems in our society today and the chaos in the school system. It is a fact truth that some children wear a name and what it represent as the nature overtake them. Do we research a name before we give it to our children? A child that is called “DEMON / DAMON” what is that name saying about the child? The child will live out the meaning and essence of that name. It is not that a child is born bad, but what his character draws him to good or bad things helps to form him for the future.

We also need to be careful when we give our children “nicknames” or call them a name when we are angry with them. It scares them for one, but it also helps define their character in the physical and spiritual. Don’t be surprise you see your child / children acting a certain way they can’t help it they are wearing a proverbial garment that you gave to them that they will wear for the rest of their lives.

Word of God – Studying to Be A Minister
Scroll to top