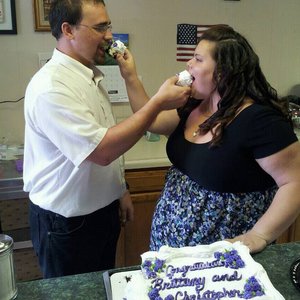 “My name is Pastor Christopher Karper, and I live in Jim Thorpe, Pennsylvania in the United States Of America. I came to know the Lord when I enlisted into the United States Army in February of 2006. I wanted to become a christian before I was shipped over seas or to boot camp.”

With few resources,  Church Planter Christopher will need the support of Christian Leaders Institute to go forward as an urban missionary.

“Then in April,2010 I took tons of bible study courses and some from American Bible Academy. I contacted the Universal Life Church about ordaination, and on April, 2010 I was oradained a Pastor. I’m looking forward to buying a church but don’t have the money or the donations to make it happen. So my scholarship is very important, so i can use that to show people that God works in ways people don’t know. And he can help anybody to achevie their goals and dreams.”

“To pay for my ministry? Well, that’s going to be to much because the church is for sale at $169,900.00.  But its going to need a lot of work because there was a fire downstairs in it. and I really don’t want to see this church go unused for another 6 years. I want to try and fix it up.”

Christopher has finished the Christian Basics Certificate. He continues to study as a Church Planter thanks to generous donors of Christian Leaders Institute.

Make a donation now to help Christopher Karper and thousands more like him get a high quality Bible school training free. Donate now!