My name is Jerry L. Young, and God gave me a call to serve in His kingdom. I have a wonderful wife named Dianne. We have five daughters and seven grandchildren. I have a call to serve from God. So, I am studying at the Christian Leaders Institute for ministry training and ordination (Learn more about online Bible classes, Click Here).

I am number four of five children in my family. We are all believers. I grew up on a dairy farm in western Pennsylvania, USA. At age eighteen, I went to work in a welding shop. I have spent my working years in the manufacturing field. I started as a welder, then into supervisory, and eventually into engineering. Although my employment would be considered secular, it was also a ministry. I believe that through Christ, we bloom where we are planted if we seek first the kingdom of God and His righteousness.

I first joined the church where my family attended at the age of 13. It was March 24, 1967, in a Presbyterian church in Indiana county, Pennsylvania. I took the Bible very seriously and was interested in knowing about God. Then starting in 1973, I had my wilderness years. Fortunately, they did not last forty years. I never abandoned my belief but became stagnant without adding the water that Jesus offered to the woman at the well.

Ten years later, I had the desire to get back into the church. I was living in a Chicago suburb, and I joined the Presbyterian Church in Peotone, IL. I had my foundational teaching and was studying the Bible. Not long after, I began to lead an adult Sunday school. In 1990, I went to a tent revival on the family farm. That night in the spring of 1990, I had an awakening. I was very biblically literate, but my knowledge was academic. I was not saved. If I had died before that night, I would not have made it into Heaven. I would have missed by eighteen inches, the distance from the heart to the head. That night, I came to Christ, and it is undoubtedly the best decision of my life. I became a better husband, father, worker, and person: a new creation.

Two years after my salvation, I felt I had gone as far as possible in my studies. There was no one I trusted to be my mentor. However, I was reading about Phillip and the eunuch, who did not understand the scripture. I thought, “That’s me.” I prayed for God to send me someone who really knew scripture to teach me. At the same time, about six miles away, a man with a Bible College and seminary education was praying for someone to disciple. God put us together. His name is Ron. We talked almost every day. He said I was like a sponge soaking up everything he taught. We are still friends, and he is still my mentor. However, now we live nearly 500 miles apart.

After moving back to Pennsylvania, I talked to one of the employees where I worked, a pastor. We had great conversations. He told me I had a calling. He asked me why I was hiding. In 2012, I was struck with a rare, incurable disease. The doctors said that I was handicapped and would spend the rest of my life in a wheelchair. They were wrong. Jesus cured me of that incurable disease. I can walk again. Then I heard the voice of God, “What more proof do you want? Preach my Gospel.” I became a Presbyterian lay- preacher, but I knew the Lord wants me to be a pastor with a call to serve.

In 2013, I took an online Bible course and started to fill in for the pastor when he was on vacation or ill. I signed up for classes through the Presbytery to be a commissioned pulpit supply preacher. Although commissioned, I was not ordained. I wanted to accelerate that education, so I signed up for the Christian Leaders Institute training.

In answering my call to serve in God’s kingdom, I have led many Bible studies and small groups, and in my own quiet time, I also study the Bible. So far, I have read it cover to cover 45 times. My goal is 100. I have read at least 10 versions, and I wrote a summary of every chapter in the Bible. Also, I have a Facebook following and write and post a short message 6 days a week. I have been given the heart of an evangelist, and I want people to hear the truth and be saved. “We are his workmanship, created in Christ Jesus to do good works” (Ephesians 2:10). 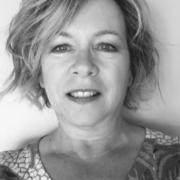 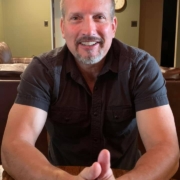 Ministry Training and Ordination at CLI 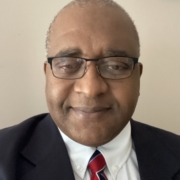 Credentials and Ordination
Free Training in Ministry Online at CLI