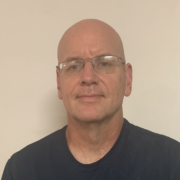 God’s Grace Is Greater Than Our Pride

My name is James Szolis, and I am getting Biblical academic training at the Christian Leaders Institute (Learn more about online Bible courses, Click Here). I am from the United States. Currently, I serve as an ordained deacon at the Korean Central Church of Baton Rouge. I am happily married to Myong Szolis, who has been my bride for 36 years. We have two children and one grandchild.

As an active person, I like to jog and work on projects around the house. I wrote a children’s book with Crossbooks Publishing titled Farmer John’s Special Flower. It is a story inspired by the Parable of the Sower. I love sports and have used sports to create Christian fellowship in the past. I have a daughter who is a local artist, and she also is an active member of her local church. Her husband is the worship leader. They have a 1 1/2-year-old son who is our only grandchild at the time. My son is in Austin, TX, and works with EA gaming company. His girlfriend is a graphic designer. My wife runs a beauty supply business and is very active in our church, also an ordained deacon.

Born October 26, 1964, in Pittsburgh, Pennsylvania, I am the youngest of 7 children. Our family was Catholic at the time. During those years, I learned the basics of God and religion but not much beyond exterior matters. In my 6th grade year, my dad retired from the post office. We moved from the city of Pittsburgh to a small country town called Philippi, West Virginia. I only had a few interactions with the Methodist church during those years as a youth. My family was poor, and I was embarrassed by that fact and became socially uncomfortable. I never wanted to invite others to my home because I was ashamed of the condition of our mobile home.

It was during my time in West Virginia that a neighbor became a threat to our family. This fact drew much concern from my father. This man shot bullets at my feet and told me to dance. A rock hit my eye from the shooting. After that day, my dad distanced us from him. The man continued to harass us, shooting his gun as he drove by our house, usually in a drunken state. When home alone during those years, I was very afraid.

One day, this neighbor was acting strange. So, my dad picked us up from the bus stop. As we drove towards his house, the man pointed his rifle at us. My dad was not afraid of anyone, so he got out of the truck and told the man to shoot him if he was going to. The man cocked his rifle, and I heard two shots. I was hiding in the cab of the vehicle. I thought my dad was shot. However, my dad had brought his pistol, and he shot the man who was trying to kill us. My dad was freed in self-defense. I really became less sociable after that.

Upon graduation, I enlisted in the U.S. Army and ended up in South Korea. There, I met my beautiful bride. I was always a good student and received several awards for my military service. But I had another side of me that was sinful to the core. God would change that.

After we married, my wife became a Christian and was active in the local Korean Church. Through her prayers and tears, my salvation would come but not until much later. After serving the military for 10 years, we settled in Baton Rouge, Louisiana.

I was a runner, and my goal was to finish a marathon. Although not a Christian at this time, I had started attending church with my wife. I entered a 26.2-mile marathon in New Orleans when I was around 33. As I got to 24 miles, out of nowhere, a stranger yelled to me, “You aren’t running this race; God is!” Those words mean more to me now than at the time. God began to speak to me more immediately after that, but I still would not surrender. I drank a lot of alcohol and would do things that were shameful when that happened.

During this time, we also started a business, and it led us to file for bankruptcy. On 9/9/1999, I got on my knees in my living room and repented with tears. I received God’s amazing grace, and Jesus came into my heart and saved me. Since that day, my life has changed. I preached for 13 years with the youth group and sometimes adults. I learned and shared and loved the opportunity.

I have a love for God’s Word. My favorite teacher is John MacArthur, and I definitely enjoy Dr. Feddes at Christian Leaders Institute. Currently, I am an Ordained Deacon at our local church. I was preaching on Hebrews once to our English-speaking members and came upon some teaching that had various theological interpretations. It was then that I realized I needed Biblical academic training that I could only get from attending a seminary or Bible College. I actually tried to enroll at Liberty University and New Orleans Baptist Theological Seminary. However, not only were they out of my budget, but the administrative process was long and complicated, even for online classes.

I had seen Christian Leaders Institute with its Biblical academic training a few years ago but was working full-time. So, it was too hard for me to enroll then. I retired a few months ago, so now I have all the time in the world other than watching my grandson. I pray that God can accomplish His will through me and that I do not become a hindrance for Him.

As a member of the Korean church and a part of their culture for almost 40 years, I know God’s calling for me is in the Korean community. Korean churches usually have members who speak English or Korean. So most Korean churches have two services to accommodate both languages. We invite English-speaking pastors to deliver a message, but they have no relationship with the members. My heart is for those members in Korean churches who need English ministry. By acquiring the needed Biblical academic training at CLI, I can use my opportunity to help the Korean Church in English ministry, Lord willing. If I can earn a degree, it may also afford me opportunities to do the same serving churches in South Korea.