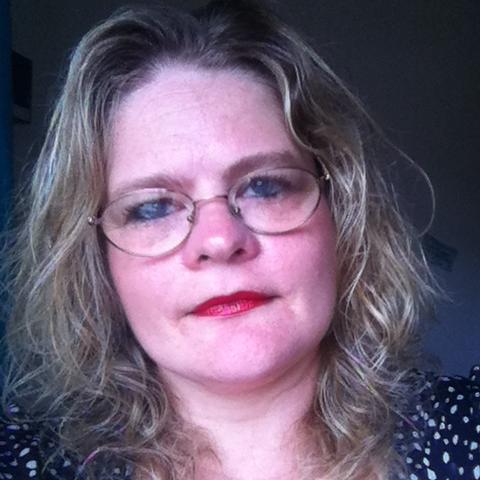 Who would have guessed that Simone Eind would end up at a free Bible School in the Netherlands online? Simone knew that God was calling her into ministry, but she wouldn’t be able to afford traditional training. She was compelled to pursue an impossible calling: to obtain training for Christian Ministry without money or proper educational background. But Simone found that when God calls, He provides. Christian Leaders Institute has a growing number of students who study at this Bible School in the Netherlands. What God provided was the training that she required without the cost usually associated with it. This same training is offered to called leaders like Simone throughout the world without any charge to the students. The stories of how God is at work in the lives of students at CLI is amazing.

My name is Simone Eind and I live in Amsterdam, The Netherlands. I am 42 years old, married and I have two children. 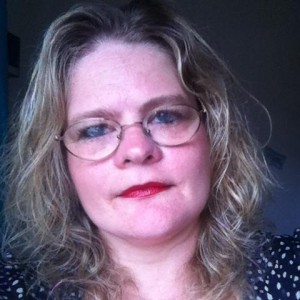 When I heard about Jesus, at the age of 20, I thought I would give it a try… It was either that or else just quit living! Up until that time I had been a suicidal teenager. I had run away from home at the age of 14 because of the abusive environment there. After running away, I lived in a home for teenage girls for several years. I became a Christian through the preaching of a young man who was allowed to come and share the gospel in my class. Later on I married him!!!

Even as a young girl I knew that there was a God, up in heaven, who created everything. My mother told me that and I just believed it! I saw a Bible at my grandmother’s house and asked my mother what it was. She told about God, that He created everything, about the Ten Commandments and about the “happy news”. As a girl I didn’t understand what could possibly be so happy about it. My mother didn’t know it herself! So, I believed in the God of the two commandments that I could still remember: We have to love our enemies and we are not allowed to lie.

I even did my best to keep these commandments as a little girl. My father was my enemy, yet I tried to love him. However, when he continually only hurt me, I gave up. In the process I became mad at God! Yet still, I kept on searching for Him as a girl.

When I was 10 years old I walked into a church. I left there without anyone telling me about Jesus. (They talked a lot about war!) At the age of 14 I dared to walk into a church again. Once again no one told me who Jesus was. The preacher asked people to come to the front. I didn’t understand what the preacher was talking about, but I felt such an urge to go up! I stood there with some others at the front of the church. They prayed for me and I left, but still not knowing who Jesus is. Yet something had happened!! It felt like I was floating as I walked home. I felt so happy! But when I got home, my parents told me that I couldn’t go there anymore. How is it possible that people can come to church and leave again not knowing about Jesus?

Since there was just a lot of hatred in my heart, Jesus taught me to love again. In the past I had hated my father, but Jesus taught me to love my dad and to pray for him. At the age of 25 came a big turning point in my life… I forgave and spoke forgiveness out toward my parents for all the terrible things that had happened, for all the hurt and pain in my life. And I asked them also to forgive me for my mistakes. My father stood there with tears in his eyes… He passed away a few years ago as a consequence of alcoholism. He never wanted to know anything about Jesus. But, although there is a small chance, still I hope I will see him in heaven. After I forgave my parents I said to the Lord: Remember me, Lord! I’ve done your will!

The next day when I woke up and walked through my house I felt that something had changed.

Up until I was 25 years old I had terrible nightmares almost every night. I would run in total panic through my home. This continued even after I was already married. I had an occult seeing ‘gift’. I could see and sense the dark spiritual world, and I was so afraid of it that the fear mastered me. After I forgave my parents, however, Jesus set me free: free from nightmares, from seeing the dark things and from the terrible fears that came along with it. I am so grateful that He did this for me! I’d been an emotional wreck, but the Lord healed me, restored me and set me free from the chains of the enemy!!!

When I was pregnant with my oldest son the Lord came very close and spoke to me. He told me of His desire for me and what I would be allowed to do for Him. At that time I just marveled at it. I didn’t know how He would or could accomplish it. But He did! He gave me the desire to speak: about Him and for revival; to explain what is written in His word; to reach out to the lost and broken; to proclaim freedom to those that are bound; to shine light in people’s darkness; to strengthen the body of Christ; and to make it more effective, watchful and ready!

I am leading the women’s work in the church were we going and I’m also involved in children’s work.

I want to study theology and a lot more. I want to get more insights into biblical subjects so that I can explain it better and tell people what the Lord wants to tell us through His word.

I don’t have the money or educational background to study theology through a traditional seminary. So the Lord is providing, through CLI, a way for me to reach what I’ve been dreaming of! The Lord is putting all the pieces of the puzzle together in my life. I feel that studying at CLI is the right place for me. I would very much appreciate it if you would send a donation to CLI on my behalf so that the Institute can grow further and continue making effective leaders for the Lord’s Kingdom.

Bible School in the Netherlands is Reaching More and More Students

Not My Own – The Joy of Belonging

Equipping Called Leaders to “Set Them Free”
Scroll to top