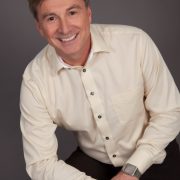 Become a bi-vocational leader today. Christian Leaders Institute (CLI) offers free high-quality online ministry training. CLI accepts any individual anywhere in their life to learn about Christianity. Read a student’s testimony below who was a lost son of God and found CLI as a tool to rediscover the pathway to Christ:

You may wonder when you first look at my name “Is he Italian or French?” Well, I’m none of the above… I’m Canadian. Born in a 100% French speaking small town of the Province of Quebec. Back in those days, people from Quebec were referred to as French Canadians. Nowadays, we are known more as “Quebecers” or “Québécois.” My first ancestor “Zacharie Cloutier”, who arrived from France in 1634, was a carpenter. Yes… like our Lord! As for the Italian roots of my first name, in spite of my best efforts, I just can’t find any from both sides of my family. Mom said she just picked it up because she liked it.

I’m not proud to admit that my walk with Jesus has not been a straight line, to say the least. I have been the “lost son” Jesus talks about in Luke 15: 11-32. Only times two…

I accepted Him at the age of 19 in the Spring of 1983 and got married in July of the same year. Then followed an insane 10 years stretch in which I found myself running after the world’s shiny objects. It took a monumental business failure for me to go back to Him when I turned 30. I got baptized a few months later in November 1994. Then guess what? I aimed again for the world! Objects were only bigger and shinier this time around… and I got divorced at the turn of the century.

In my chaotic years, the biggest sin I did, among so many, was to try to “mold” God to my liking. Although I continued to believe in Him and often expressed gratitude for the blessings of my life, the God I worshiped and praised was diminished to a stature that I had designed TO PLEASE ME. So I diluted Jesus. I adapted His gospel to one that better fit my prosperity thinking and the kind of literature I swamped myself in. Shamefully, I became my own Savior…

In the Fall of 2013, the Lord chose a pure stranger to throw me off my horse… After a back treatment, a chiropractor I was seeing for the first time, witnessed to me. His testimony was so pure, loving and candid that it literally rushed me home to my bible! After I repented for my sins, the Lord took me back ONCE more with open arms. Glory to Him! Although it took me too many years, I finally acknowledged Him not only as my Savior but also as the Lord of my life.

I am now married to the woman of my dreams since September 2001. Together we are the proud parents of 3 adults children. Diane has a son from a previous marriage and I have 2 daughters. She accepted Christ in June 2015 and got baptized in December 2016. We still live in Quebec but in recent years, we have been blessed enough to spend about half of our time on the Treasure Coast of South Florida, in the United States. Diane and I are serving in three local ministries in our Florida church and are honored to be hosting a weekly Life Group in our home.

The serving ministries and fellowship have given me ample opportunities to share my story with several brothers and sisters in the faith. What I noticed is that many have revealed to me that they too have had a similar “on and off” walk with the Lord. It has since become clear to me that this was to be my main ministry. My dream is to become a bilingual bi-vocational pastor, in Canada and/or the United States, whose main focus will be to reach out to the sheep that have drifted in the world from their Holy Shepherd. I feel that a CLI scholarship would equip me with the proper tools to do just that and become a successful bi-vocational leader of Christianity.

By His grace, I am now willing to follow any path He will show me to bring Him glory. Please pray that I remain faithful, obedient and active in the furthering of our Father’s kingdom.

Man on a Mission
Scroll to top