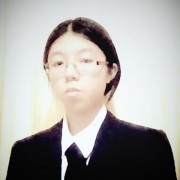 Many unbelievers say our God doesn’t make sense and doesn’t match up with reason. But our God is a God of reason and wisdom. Jessica P.G. has gone through a spirtual journey that has led her to believe in God’s reason.

Hi, I’m Jessica P.G. from Jakarta, Indonesia. Despite living in the capital of the most populated Muslim country in the world, Christians in Jakarta are not necessarily persecuted (in a sense that it risks human lives), yet it gets kind of hard when it comes to politics. It seems that ministry in Jakarta is not as hard as in other countries, and it’s considerably safe. There also exists some Christian schools and universities (as well as seminaries) which seek to meet the people’s educational needs — even non-Christians are coming to those schools/universities since they are deemed considerably good.

Jessica’s need for community and knowledge led to her seeing a reason for God.

Despite being raised in a Christian family, I was an agnostic back then (though I retained my legal status as a Christian). Yet I still went to church despite my agnosticism (though my motive was only to find an English-speaking community; I go to a church with an English worship service). Since I wanted to not misrepresent Christians while debating them, I read Christian books, with most of my reading list being influenced by an evangelist who is in charge of the English service. As I read a certain book on my reading list (The Case for Christ, written by Lee Strobel), my jaw dropped. I was kind of reluctant, but I thought I have to receive God, at least intellectually at that moment. Another book that assures me of it is I Don’t Have Enough Faith to be an Atheist by Norm Geisler and Frank Turek. Thus I converted to Christianity after a struggle to assent what I had read.

Jessica sees her calling as one that uses facts and rational thinking to lead others to share a reason for God.

Unlike many (if not most) people here who want to serve as ministers or church leaders, I am interested to be a lay apologist. I think I am called to reason, to take every thought captive to God as my thoughts have been taken captive, while I work as a scientist (I think we all know how secularized is the scientific world). I hope, through apologetics, one may find a rational basis to believe in the Christian God. I found my family to be quite supportive of my choices to take natural sciences in high school, biotechnology in university (which is to come; I haven’t finished high school yet), and my vocation to reason for God’s sake.

CLI is growing her reason for God as well as her knowledge. Also CLI ensures that Jessica’s knowledge matches up with biblical teaching.

CLI helps me to find out whether I have understood what I believe properly, lest I argue for the wrong things. Please pray that more people may come to know God through the use of reason and that more believers may know what they believe and may be always prepared to give reasons with love and respect to those who need it.