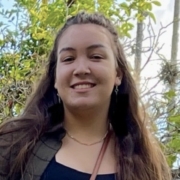 My name is Annabelle.  My story started about 100 years ago. God has been in my family for over 100 years. I am thankful to be part of a one hundred year ministry legacy. I am also studying at the Christian Leaders Institute (Learn more about free online Biblical classes, Click Here).

My great-great-grandfather Joaquim was born in Portugal in the late 1800s into a non-Christian family. His country was going through some political turmoil when their King Carlos the first and his eldest son Filipe were assassinated by revolutionaries when riding in an open carriage. So at the age of 33, my great-great-grandfather decided to move to another country with his young wife Rosaria hoping for a fresh start.

They arrived in Brazil in 1910. Little did he know that God really had the exact same plan for him: a fresh start. He was a Portuguese immigrant in Brazil, but God had a great plan for his life. He met Jesus for the first time in Rio de Janeiro, Brazil, and became an active Christian in his community. That was the start of our one hundred year ministry legacy. Also, he had a son who he named Alvaro. A few years later, my great-great-grandfather became one of the deacons at his church. His desire was to spread the gospel so his pastor asked him to lead a new group of Christians on a Brazilian island about one hour away from the main church. It was only accessible by boat at that time, and he became their new pastor in 1939.

Upon arrival, he was excited to see a few small groups of believers already meeting in different homes on a weekly basis. But they didn’t have a home church. So he started a fundraiser to purchase a large double lot to build an ambitiously large church. Even though this was a small group of Christians, he believed God would make it grow.

A few years later, after the fundraiser started, this small group of Christians was finally able to purchase the two lots they had been faithfully praying about. Eager to start on the building project, all the churchmen gathered to clear off the land, which was full of debris and trees. My great-great-grandfather, at the age of 73, and his son Alvaro were also there helping out at every step of the way and working way too hard. Unfortunately, this job was too heavy for a man his age. He passed away only three days after the lot was purchased while preaching a message to his church members. That was the last message he preached, but the message of the Gospel in that town had just begun to spread.

His son Alvaro was then nominated the pastor of this young church. They faced many financial challenges. Some people believed they should dream of a big church, while others thought my great-grandfather was out of his mind. It was hard to see their vision. There was no access to the island, except by boat. No large businesses were there, only small homes and lots of undeveloped land.

Five years later, God confirmed their great vision because the city authorized the construction of a road that would allow easier access to the island. The island population increased little by little after the road was inaugurated. With easier access, more people moved to the island and became believers. More people donated to the church building. Around 1950, they built an airport on the island, and the church attendance exploded. God confirmed the vision.

During the construction phase, my great-grandfather was overwhelmed with the number of attendees. So, he had to start new church campuses and several church ministries around the island to accommodate the large number of people who were converting to Jesus while the main church was still being built. He also made sure that enough rooms were built into the building. He dreamed of having a Christian school on the main church campus one day, where children could learn the Truth.

On November 22, 1964, 14 years after the lot was purchased, the church finally started to meet on the 1st floor of the new building. When the second floor was built, the church sign was installed, and the inauguration date was set. Unfortunately, my great-grandfather passed away at the age of 59, from a stroke. It was just a few days before the main building’s inauguration day. His children were still teenagers, so they hired a new pastor to lead this church. Under the new leadership of Pastor Gomes, thousands of people came to know the Lord. His first message was based on 1 Corinthians 3:6 “I planted the seed in your hearts, and Apollos watered it, but it was God who made it grow.”

Fast-forwarding to today, this church is a megachurch in Rio de Janeiro, Brazil. It has a weekly attendance of 15,000 people on many campuses throughout the city, with mission churches around Brazil, and in other countries. There is also a Christian K-6 school operating daily in the building, which was another one of my great-grandfather’s dreams.

My grandmother Ivone inherited her father’s leadership skills. Throughout her life, she led many ministries in their church, including the Women’s Ministry, the Couples’ Ministry, Benevolence Ministry, Church Retreats, Youth and Marriage Conferences, and too many more to list. She also made sure all her children learned the Lord’s commands by attending church regularly and serving the church with their talents. She just passed away in 2020. I had the honor of being by her side in her last weeks.

My mom Joyce grew up in a Christian home. She was very active in the youth ministry in her megachurch in Brazil. At the age of 13, she decided to have a personal relationship with Jesus. It was not because her parents were Christians, but because she realized she loved Him with all her heart. Later on, she moved to Florida and started a Christian family of her own. My mom has led some church ministries, such as a dance ministry and a youth ministry with my dad, and small groups. She has also supported many ministries in our church, such as the children’s ministry, outreach, women’s ministry, and many others. She also worked at Calvary Christian Academy for four years when I was younger. Her passion is to share the love of Christ, encourage brothers and sisters in the faith, and pray for the salvation of many.

ME: Taking Biblical Classes at CLI

I feel extremely blessed to have met the Lord at a young age. Although I’m still 15 years old, I know God has a special plan for my life. I love volunteering at my local church in Florida. I read my Bible daily, and we do devotions as a family after dinner. Also, I have a fun job and enjoy hanging out with my church friends.

Last year, Florida International University accepted me as a dual-enrolled student. Even though this is definitely a good school with challenging courses, it lacks the biblical classes that CLI offers, which is why God led me here. I would like to be better equipped for the work of the Lord as I carry on our one hundred year ministry legacy.

In conclusion, I’m the 5th generation of Christians in my family. Jesus has been present with each generation in a very remarkable way. I pray I’ll also leave a legacy of faith for my children, their children, and their children’s children for His glory.

Step 1 – Register for a free study account that automatically enrolls you in the Christian Leaders Getting Started Course Part 1 &2.

After you register, you will automatically be enrolled in the “getting started” course.  You will locate the course at your “home” button when logged in. Scroll down to find the Christian Leaders Getting Started Course Part 1 &2 Link. Click the link and open the course.

Step 2 – Complete Part 1 of this course, and then you are allowed to enroll in mini-courses or regular courses.