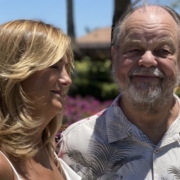 As I begin writing this tribute, less than 24 hours ago, Marty Ozinga III passed away in Naples, Florida, on April 26, five days before he and Melissa would have celebrated their first anniversary. 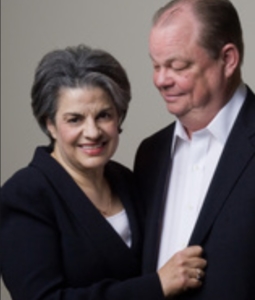 My wife Pam and I will miss this dear Kingdom friend, businessman, and volunteer minister. Thankfully, we have had the privilege to serve side by side in ministry with him since 1987. I rejoice he is with the Lord and reunited with Ruth, his first wife, and others who have gone before.

I was 26 years old when I met Martin Ozinga the third. Also sitting in the room were David Huizenga and Martin Ozinga Jr., Marty’s father. We met at the Ozinga Bros corporate headquarters on Alsip and 127th street, in Alsip, IL. Dave Huizenga and I had recently graduated from Calvin Theological Seminary and felt called to develop a church in the southwestern Chicagoland area.
We were invited to sit on a grey couch facing Marty III and Marty Jr. Marty Ozinga III asked about our calling to ministry, our families, and our vision for planting a new church. His father added some witty and encouraging observations.
We were there to ask for financial support for the new church possibility. After about an hour of getting to know us, Marty III announced that he and his wife Ruth and family were called to plant a church and wanted to partner with us in this effort.

Listen to Marty Ozinga III tell his Version of the Story.

We planted Community Life Church together. David Huizenga and I were ordained with the Christian Reformed Church shortly after this.

In those days, just before cell phones and the Internet, one method for developing new churches was “telemarketing.” Churches would set up calling centers to make thousands of calls to the church planting target area. The phone calls took place at Ozinga Bros. headquarters. Ozinga Bros had the latest landline phone technology and over 50 volunteers, including Marty III and Ruthie Ozinga. Many other people that Marty and Ruth knew showed up to call 20,000 people.
We planted the church on March 13, 1988. Almost 200 showed up. I remember Marty Ozinga III that day. He set up chairs and enthusiastically welcomed first-time attendees like Jack and Lana Fisher, who became Christians at our church.
Marty III and Ruth valued the spread of the gospel. They did not just financially support the work. They themselves participated and included their family.

My wife Pam and I, with David Huizinga and his wife Diane, were invited to have dinner at Marty and Ruth’s house in Evergreen Park, IL. It was a stone’s throw from the first Ozinga Bros business location and a few doors down from Marty Ozinga Jr., his father. 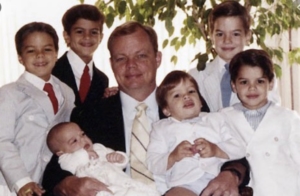 Marty with his six boys.

It was summer. Their house was modest and large. The dinner was a combination of American and Greek food. Their six boys Marty IV, Karl, Justin, Aaron, Paul, and Timothy, were filled with playful energy. Timothy was a toddler. I remember picking him up and bringing him back into the house after he had wandered off.  We laughed and ate. We took a tour of the neighborhood. Their old home church was in their back yard, Evergreen Park Christian Reformed Church.
It was at this meeting that Pam and I noticed Ruth’s deep devotion to the Lord. Her father and mother were Greek immigrants who proclaimed Christ as Lord and Savior at every opportunity. Ruth calmly walked in that way, and together with Marty, they formed a powerful Kingdom witness.

The church planting years were wonderful. Marty was my first mentor. He placed in me a passion for finding new ways to reach people for Christ. He would say, “Let’s try that. We can always pull the plug on that if it doesn’t work and try something else.”
He helped me see the possibilities of the volunteer minister. In those days, the clergy were the people trained like Dave and me. We went 7 years to college and seminary. Marty III firmly believed in training, but he imagined a world where the clergy also consisted of volunteer ministers. Marty knew the Bible! He saw that the early church was dynamic and did not include the lay – clergy distinction. He quoted passages like this one from Romans 15.

I myself am convinced, my brothers, that you yourselves are full of goodness, complete in knowledge and competent to instruct one another.

So, I have written you quite boldly on some points, as if to remind you of them again, because of the grace God gave me to be a minister of Christ Jesus to the Gentiles with the priestly duty of proclaiming the gospel of God, so that the Gentiles might become an offering acceptable to God, sanctified by the Holy Spirit.

I will not venture to speak of anything except what Christ has accomplished through me in leading the Gentiles to obey God by what I have said and done— by the power of signs and miracles, through the power of the Spirit. So from Jerusalem all the way around to Illyricum, I have fully proclaimed the gospel of Christ. It has always been my ambition to preach the gospel where Christ was not known, so that I would not be building on someone else’s foundation.

He often reflected that God calls all of us to ministry. Every Christian has a calling! Every active Christian is a minister. This understanding of “ministry” influenced the culture of the Christian Leaders Institute, where everyone is invited to begin ministry training.
Our clergy program with the Christian Leaders Alliance includes volunteer clergy as well as part-time and full-time. There is no lay clergy distinction. This is a specific example where Marty Ozinga III’s influence will continue to speak. Today, nearly 3,000 clergy ministers have been licensed or ordained because of this early church understanding of clergy recognition. See directory.
He considered his business as a ministry to serve the crown of God’s creation, humanity. He also used his platform to bless countless other ministries, Christian Colleges, and individuals!

Marty Ozinga III Tribute – Laying the Foundations for Ideas and Others

Marty would say, “Henry, it’s about creating more stages.” He was a very creative man. What did he mean by creating more stages? To me, he meant, lead others in such a way that new ideas and new leaders can rise to the surface. Create opportunities for those ideas. Get out of the way of those ideas and the people who are called to develop them.
That is how he thought of his children. I respected that he passed his company over to the next generation well before he passed to be with the Lord yesterday. Many will reflect on his business legacy. He absolutely loved Ozinga Brothers and every team member!

Marty with his five sons and a nephew at Ozinga Brothers (his son Karl was not present).

We lived in Monee, IL, in 2004, and our neighbor Bobbi Peterson was on the Illinois Republican central committee. She alerted me 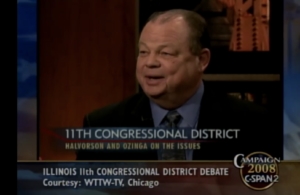 to an opportunity to select a US Senator candidate after Jack Ryan bowed out because of a scandal. They interviewed many notable people. I suggested Marty Ozinga III to Bobbi Peterson. An interview was held in Chicago. Marty was not selected to be the candidate against Barack Obama. They selected Alan Keys instead.
This connected Marty Ozinga III to serving in politics. In 2008, he was the candidate for the House of representatives, the 11th district.  Debbie Halverson conducted a negative campaign. Marty did not win.
I once kiddingly apologized to Marty for connecting him to politics and all that negativity. He said, “It was fun.”

In 2008, Marty and Ruth invited me to join them at Eagle Rock Church. I was there when Ruth passed away in 2010. People filled the church at her funeral. They testified to the powerful woman of God she was.
Marty continued to serve their Lord in the last 10 plus years of his life. One year ago, my wife, Pam, and I witnessed the marriage of Marty to Melissa at their home in Naples on May 1. Because of the Covid Pandemic, only the four of us were there.  Melissa brought great joy to Marty’s life!

Marty served on the Christian Leaders Ministries Board of Trustees. He served with distinction. He saw the future of ministry as bright. Marty believed the devil would be defeated as more ministers were raised up! He shared stories at the dinner table of serving with the Luke Society and other ministries.

At his last board meeting, which he and Melissa hosted in Naples, Florida, in February of 2021, Marty challenged us to keep proclaiming Christ and raising up new ministers. He talked about the challenges he saw and the opportunities for new generations of ministers with new minister roles to meet the needs of a post-pandemic world.
I will miss Marty Ozinga III, but his legacy will live on. Building on the foundation he laid in me, I will continue to create new stages and open new doors of ministry opportunity. Like Marty, I will proclaim Christ Jesus as Savior and Lord until my last breath.
My last communication from Marty was brief. I shared that we had a record day of new students at Christian Leaders Institute with 424 new students. His response was: “Great! Praise God!”
When Marty Ozinga IV called me yesterday morning to tell me my dear friend had passed to be with Jesus, I had many emotions of sadness for the loss of a dear friend and the loss to his wife and family. But I can only imagine what Marty said when the Angel showed up to take him home to heaven: “Great! Praise God!”

Luke 10:17-20   The seventy-two returned with joy and said, “Lord, even the demons submit to us in your name.”He replied, “I saw Satan fall like lightning from heaven. I have given you authority to trample on snakes and scorpions and to overcome all the power of the enemy; nothing will harm you. However, do not rejoice that the spirits submit to you, but rejoice that your names are written in heaven.”

Marty’s new wife Melissa cooked a wedding dinner for the four of us to share after the wedding last May 1, 2020. Marty led the prayer. He thanked God for Melissa, his new wife, and that God would bless their marriage. As he was praying for his children, Melissa’s children, and our children. I took this picture. Psalms 116:15  “Precious in the sight of the LORD is the death of his saints.”

Credibility in Ministry Through Training at CLI
Scroll to top