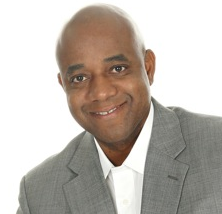 Joel Miller is planting The Summit, a church plant in North Dallas, Texas. Prior to the pastorate, Joel had a very successful business career with Marriott and Steelcase International. Joel has served as a pastor for 13 years. He was mentored by Alex Haley, the author of Roots. Joel studied in both Africa and Central America. He also served as an officer in the United States Air Force. He did graduate work at Fuller Theological Seminary and earned a Master of Divinity from Reformed Theological Seminary in Orlando, FL. Joel is a national conference speaker and serves as a consultant to both businesses and churches alike. He has a proven track record of developing and cultivating cultures that multiply impact leaders. Joel also serves as a personal coach to church planters around the United States and abroad. Joel is a dynamic communicator, preacher, teacher and a gifted leader and evangelist. Joel has been married to his wife Michelle for twenty years. They have four children.