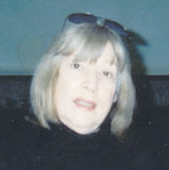 Dr. Vaughn is a scholar of Medieval history, specifically the Medieval church, the Normans, and St. Anselm of Bec and Canterbury. Vaughn received her Ph.D. from the University of California, Santa Barbara. She is the co-founder and first director of the Institute for Medieval and Renaissance Studies at the University of Houston, and the co-founder, first Vice President and Conference Director of the Charles Homer Haskins Society for Viking, Anglo-Saxon, Anglo-Norman and Angevin History, which met at the University of Houston for its first fifteen years (1981-1996). She has served two terms as president of the Texas Medieval Association (2005 and 2012). Professor Vaughn has also served as the chair of the Undergraduate Committee and on the Executive Committee and the Graduate Committee in the History Department. She has directed numerous Ph. D. dissertations and M.A. theses.