Dr. Carolyn Osiek has an impressive background in the world of Christian Academia and Global Church involvement:

Abigail Reyenga interviewed Dr. Carolyn Osiek as part of the Revival News Segment introducing her as a professor at Christian Leaders Institute. Watch this short segment.

Just enroll at Christian Leaders Institute and take the Getting Started Connection Class. Then you can take this free class after that.

Dr. Carolyn Osiek has participated in two major publications on the subject of Women and women’s leadership in ministry. 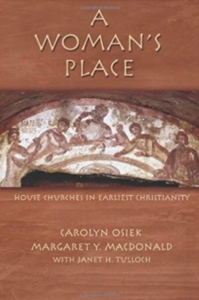 In this book, Dr. Carolyn Osiek collaborates with others to examine the Roman archaeology for factors contributing to the house church development.

Ordained Women in the Early Church 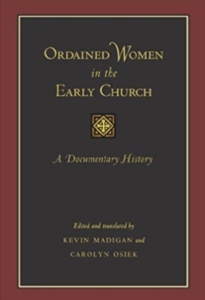 In a time when the ordination of women is an ongoing and passionate debate, the study of women’s ministry in the early church is a timely and significant one. There is much evidence from documents, doctrine, and artifacts that supports the acceptance of women as presbyters and deacons in the early church. While this evidence has been published previously, it has never before appeared in one complete English-language collection.

With this book, church historians Kevin Madigan and Carolyn Osiek present fully translated literary, epigraphical, and canonical references to women in early church offices. Through these documents, Madigan and Osiek seek to understand who these women were and how they related to and were received by, the church through the sixth century. They chart women’s participation in church office and their eventual exclusion from its leadership roles. The editors introduce each document with a detailed headnote that contextualizes the text and discusses specific issues of interpretation and meaning. They also provide bibliographical notes and cross-reference original texts. Madigan and Osiek assemble relevant material from both Western and Eastern Christendom. From Amazon